HISTORY OF THE POTATO 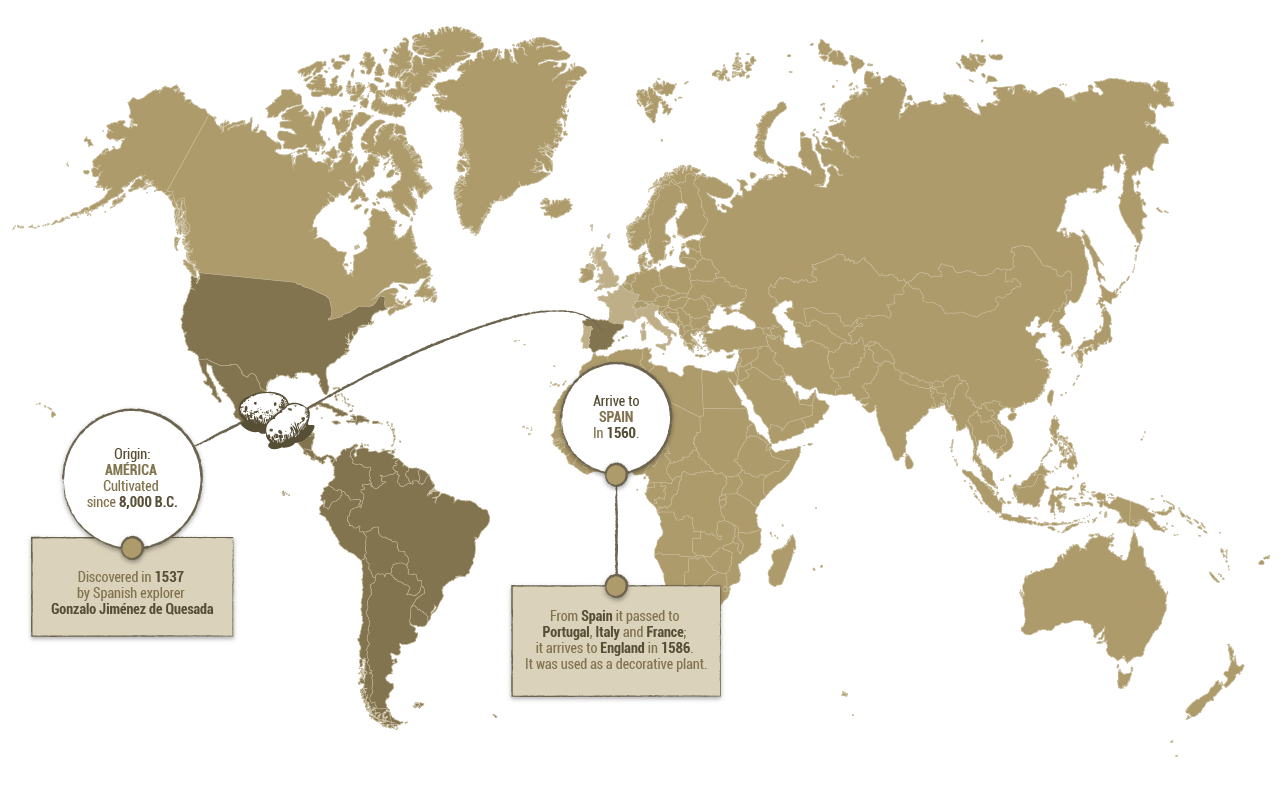 The potato comes from the Chilean-Peruvian Andes (America) and came to Spain in 1560, although it was used as a decorative plant, not as food. It was known as the ‘devil’s root’, and had to win Europeans’ trust in order to form part of our diet.

A debate arose in the 16th and 17th centuries in Europe about eating them: some people defended their medicinal properties, while others claimed that they caused diseases. The potato was excluded from cuisine until a series of plagues devastated chestnut trees in the 18th century and potatoes were the only way of avoiding famine.

The potato was already being grown in Galicia in 1607, although its expansion had to wait until half way through the 18th century as a result of the cereal crisis in 1768-69. From the late 18th century growing potatoes on dryland farms and in watered fields has been one of the most notable features of the agricultural landscape in Galicia.

Consumption grew quickly and in the 19th century all the varieties of this tuber were being studied. In 1860, Louis de Vilmorin, a prestigious French chemist, botanist and geneticist, wrote a book that catalogued 177 varieties. In the 20th century, a broad selection of many of these varieties produced excellent results, which together with new farming methods and new production process technologies, improved yields and also quality. The potato is now one of the stars of our gastronomy. 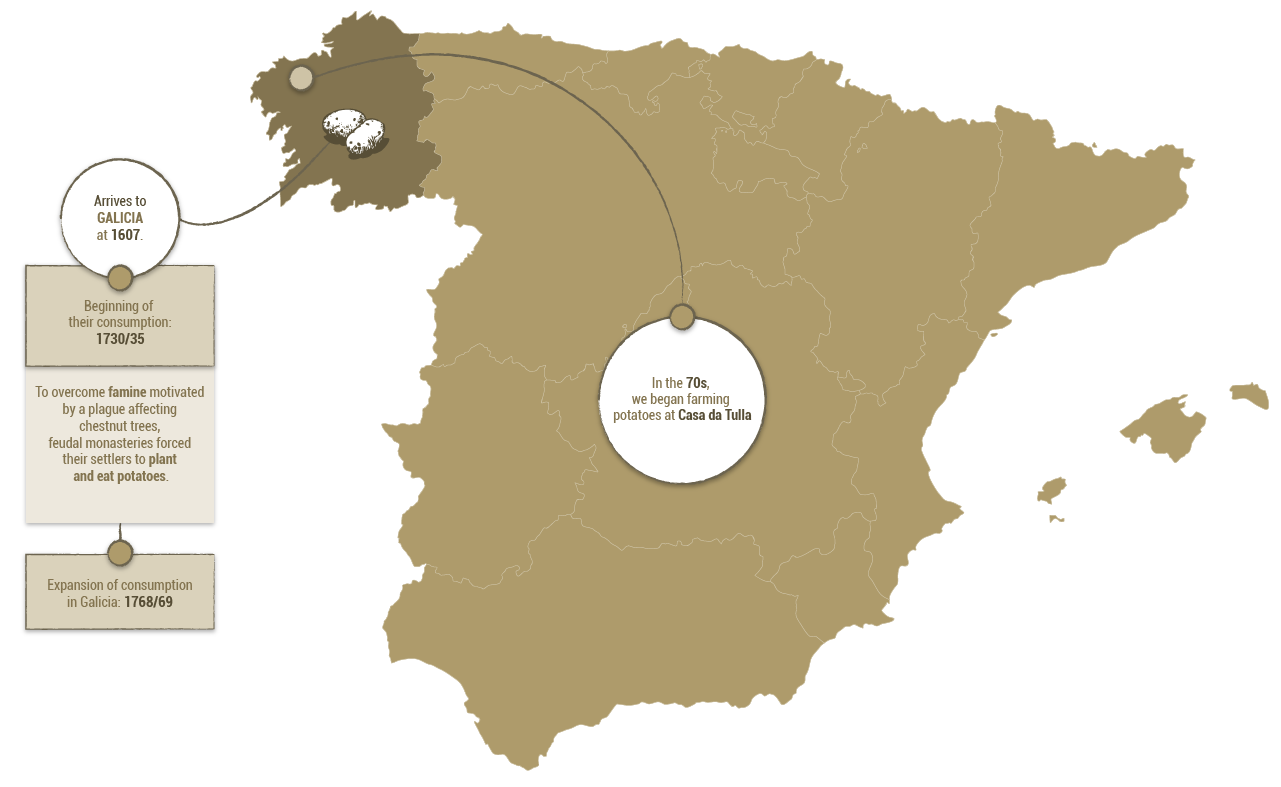