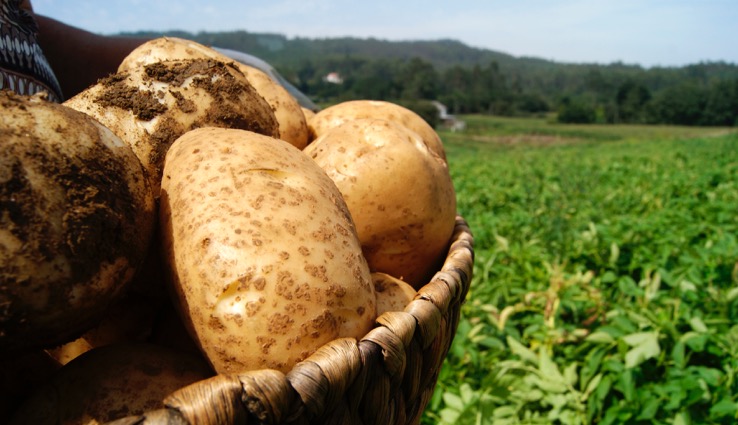 From among the many existing varieties, at Casa da Tulla we grow the Kennebec potato, in three different sizes, and the ‘Carballo Fine’, in two.

The latter is a native variety from the Bergantiños zone, characterised by its excellent quality, and hardly surpassed by more modern varieties. Our hallmarks are traditional production and commitment to quality, under the Protected Geographical Indication (PGI) ‘Potato from Galicia’. 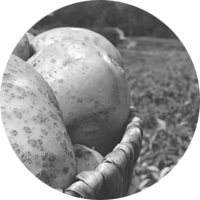 The Kennebec is a medium to large-sized medium early potato characterised by a thick light yellow skin and white flesh. It is oval or flat and elliptic in shape, and its eyes are not superficial. It is delicious, no matter how you cook it, and very versatile: to bake, grill, fry … although we recommend having it boiled, as the flesh is firm and does not fall apart, which is especially important if it is used as a garnish or in salads.

If they are boiled alone, it is very important not to peel them so that they preserve all their taste and nutritional components. If we bake them, as Boulangère potatoes, to eat directly with a sauce or just with salt and pepper … the result is always exceptional. 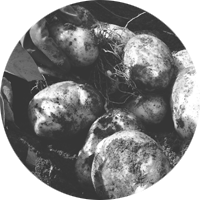 As for the “Carballo Fine”, this is one of the four native varieties from Galicia, in a process of recovery and commercially registered. It is oblong in shape, and its skin is creamy white in colour; the flesh is white and the eyes are deeper than those of the Kennebec. It is more difficult to peel, but it makes up for this with its qualities when eating.

It is very well-known by locals as an excellent quality potato, with a firm texture after boiling and considered superior in regard to its organoleptic properties. For all these reasons, it is not surprising that demand is constantly increasing.